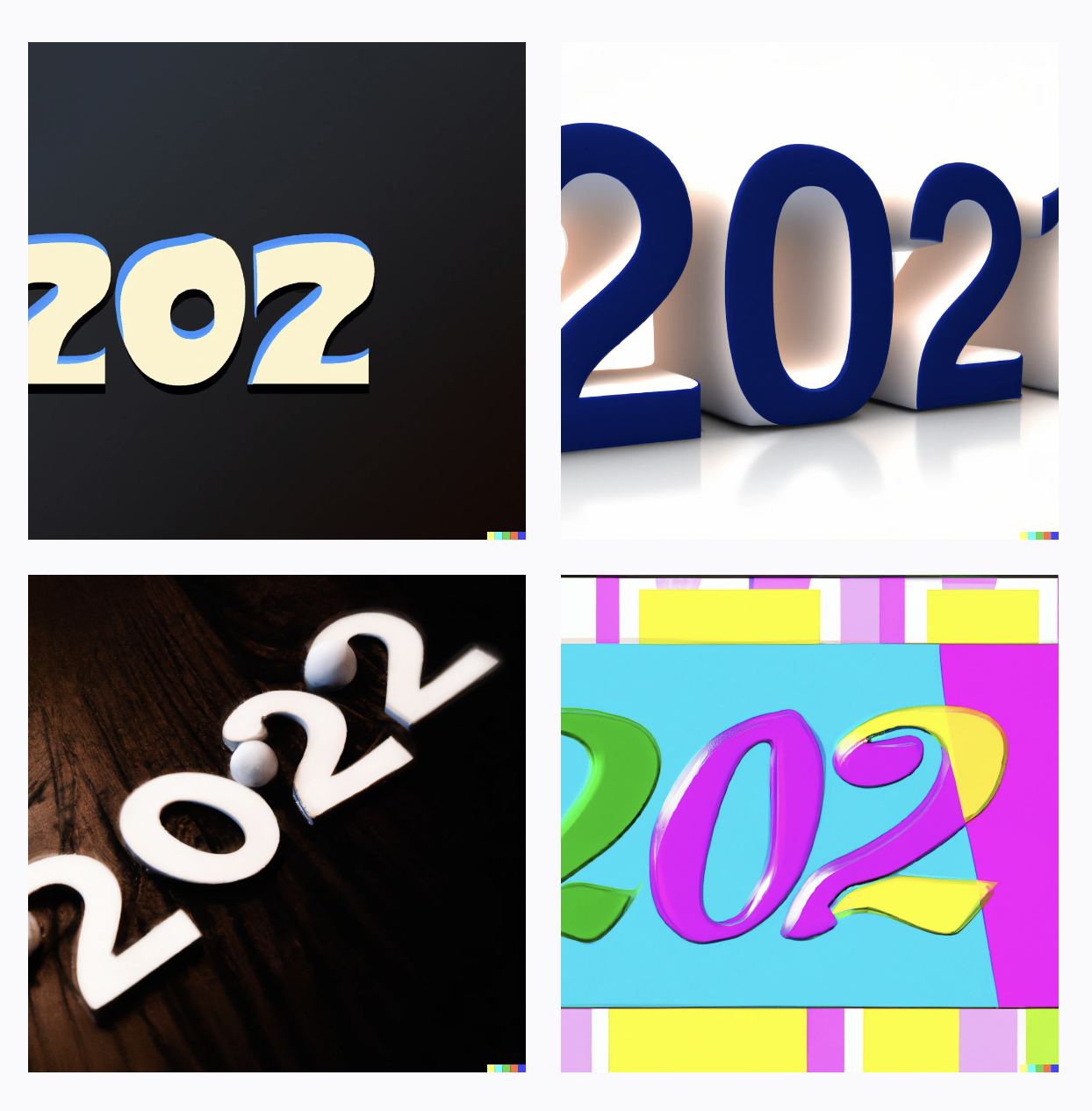 What comes after the smartphone?

For me, it took all of 2022 for the hangover to wear off after running companies for over a decade. In a way I think that was sort of what was happened to everyone– we all took 2022 to sober up.

All the things that seemed too good to be true in late 2021 turned out in fact to be in fact... not true. Sky-high stock and crypto prices crashed, interest rates soared, wars broke out, Elon bought Twitter.

Perhaps my most prescient tweet ever was from Nov '21:

I wish I had taken my own advice.

2023 is about the sober us re-entering the world with clear eyes. I'm awake. The sun is shining. What do I want to do today?

In other years, I've done tweet roundups like things I said this year and year-in-review episodes of my podcast, but this year I'd like to look forward, not only back. Any annual predictions are likely to be wrong, so instead this is more about trends that I see continuing to progress into 2023. And interweaved into those trends is how I am thinking about my own journey.

The 2010s were all about mobile. As we are now knee-deep in the 2020s, I have shifted my focus to what comes after the smartphone. It's some form of AR, enabled by a combination of other technologies. All the trends cooking today are likely to intertwine and coalesce into whatever that future is.

So here are, in no particular order, trends in the world and in my life that I see continuing into and through 2023.

Crypto had a rough year. Prices are way down, multiple players have gone belly up, many of them due to overt fraud and deception. As far as bad press, it's hard to imagine it being much worse. Whenever there is money involved and opportunities to run scams, there will be scammers, and crypto has many such opportunities.

On the other hand, the Ethereum Merge was a monumental step forward in blockchain technology and all but eliminated concerns around environment impact. More so it demonstrated how massive undertakings can be accomplished even with a completely distributed group of contributors.

Going into 2023, I have never felt more bullish about web3's core mission of decentralization, digital ownership, and about the web3 community. Last year I created web3 for Business and worked with various crypto startups. This year I am going to be spending even more time here in a major way. (More to come on that soon...) I love that the field has cleared a bit and the fair-weather fans have moved on for the time being. A lot of great products are going to be built during this heads down period.

No one knows how it's all going to shake out, but I believe there are pieces of what will become the future of the internet scattered around even today. The trend away from the few big centralized powers in tech toward more decentralized, open and inclusive alternatives– that's going to continue to accelerate.

As far as post-smartphone, web3 is more fundamental than a device platform. It works on desktop, on mobile, and inevitably in AR/VR. But it's not often that there is a major paradigm shift (think mainframe to PC to laptop to mobile to...), and so as long as we're at it, this is natural time to also rethink business models, ethics, and everything else we care about.

I am doubling down in web3 for when the wind blows back our way.

Anyone who has followed my work over the last 5+ years knows that I believe infinitely that AR (or MR/XR whatever you want to call it) is going to be the next paradigm for software, and the last screen you'll ever need. Today we see the digital world through little rectangles, but fairly soon it will be our entire field of vision.

As for the Zuckerbergian view of the metaverse and completely immersive digital worlds– I'm not opposed to it, and I think it will be useful for remote work. VR to me is like a computer a workstation in your office. You truly don't mind if you disappear from the world while there. But that doesn't work if you are in a coffee shop with your laptop open or FaceTiming with family in the kitchen or walking down the street.

Today, smartphones are a sort of MVP for AR, where you are both in the real physical world, and also interacting with software (often which includes other real people on the other side of the screen).

What comes after the smartphone? Smart glasses. And it could be this year that we see the first major device adoption there. Namely, if Apple releases something, it will pique the interest of a very large market. Maybe it won't be 2023, but it will be soon. Given, that will just be the beginning– think iPhone 2007.

Again, many today will have a visceral reaction of, "I would never wear something like that!" But quite literally in this case, seeing will be believing.

It reminds me a lot of the early days of iOS when I was going door to door pitching MAZ to VCs, and they would ask things like, "But is anyone really going to read an article on their phone?" It happens slowly and then all at once.

I want to find startups working in this space, I want to be talking about it, I am working on a book about it– I'm absolutely obsessed with the transition to AR. I believe it will potentially have even broader implications for humanity and society than even smartphones had.

There are really two stories here: the input and the output.

You can really speak (type) to ChatGPT like you would a person. It can follow the thread of the conversation, reference previous things you've said, and you don't need to modify your communication at all in that you can speak just the way you would speak to another human. The dream of real chatbot interfaces is becoming real. Connect something like ChatGPT to some other source of data (flight info, sports scores, stock trading, customer service, etc.) and you've got some really amazing tools.

Then there's the part we hadn't given that much thought to in advance, the actual generation/creation of brand new content. I'm already using GPT for marketing slogans, first drafts of posts, etc. and DALL-E for marketing images, graphics, logos.

I own Google stock, and this is honestly the first time that I have swallowed hard and wondered if their core search business could be in jeopardy. More likely is that they will adopt this sort of tech into their tools, but that's a big ship to steer at a 90° turn.

This sort of AI is going to get exponentially better, and even within 2023, we are going to see results that astound us well beyond what we have seen so far, and the potential applications will become more and more apparent. It's going to be much more far reaching than whatever you are imagining today. AI will assist us, yes, but it will also assist all the people that make all the stuff we consume and use (writing, art, photos, software, video, music, emails, tweets, finance, legal, healthcare– all of it).

Our children will grow up in a completely different world than we did, where almost nothing is un-knowable or un-makable, within seconds.

Personally, I am not sure how to participate yet here other than thinking about how startups can leverage these core models to build specialized tools at the application layer.

The thing I don't know yet is whether AI is going to be part of every app, or if we are going to end up with a lot less apps, because our main, singular AI will be able to do almost everything.

How it fits into the post-smartphone world? Both input and output have a role to play.

A truly natural language interface solves a lot of the problems around AR input (touch screens, keyboards, trackpads, etc. are not gonna cut it in there).

And there is too much screen real estate (a.k.a. the entire world, all the time) for humans to generate all that content just in case someone happens to look at it. But an AI that can generate personalized content on the fly...

This is far from my areas of expertise, but for what it's worth I think we will not see things bounce back in 2023 or certainly not for most of it. There will be more layoffs, more hiring freezes, stocks will go lower, crypto will go lower and there will be more blowups, private valuations will go lower– we have not seen the bottom. There needs to be more pain to get inflation properly under control, and even as things do eventually come back online, it is a long process with lagging indicators in both directions.

Maybe we'll see signs of hope by this time next year, but I am not holding my breath for sooner. It's going to be a rough year. But at least we're ready now, whereas early 2022 felt like a real slap in the face.

Be ready to weather the storm, whatever that means for you. And if you are able, invest and build for when it clears.

I asked ChatGPT to write a 90s rap song based on this post:

Verse 1:
Yo, it took all of 2022 for the hangover to wear off
After running companies for over a decade, it was rough
All the things that seemed too good to be true
Turned out not to be, stock prices crashed, it was blue
But now it's 2023 and I see the light
I'm thinking 'bout the future, not just the fight
Gotta stay ahead of the game
So I'm focused on what comes after the smartphone, it's not just a claim

Verse 2:
Ethereum merge was a monumental step
Decentralization, digital ownership, that's where it's at
But crypto had a rough year, that's for sure
Scammers everywhere, but the web3 mission is pure
I'm doubling down, gonna spend more time
Building the future of the internet, it's gonna be fly
Web3 is more than just a device, it's fundamental
Rethinking business models, ethics, it's a whole new world, it's essential Augmented reality, metaverse, it's the future we need
We'll see it all through smart glasses, it's what we'll lead. 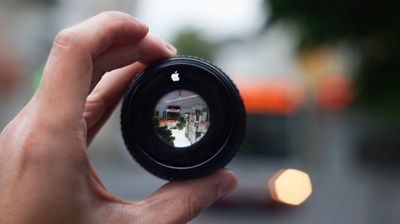