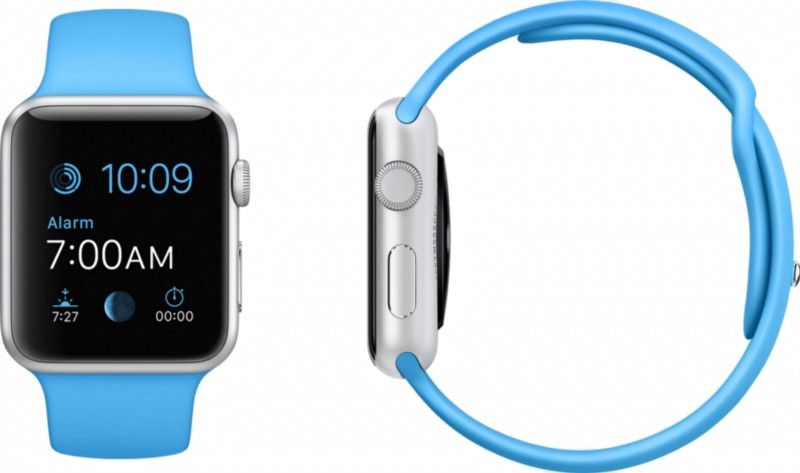 I literally do not understand how people that lived through iPhone and iPad still think the Apple Watch is going to flop.

I literally do not understand how people that lived through Exhibit A: iPhone and Exhibit B: iPad still think the Apple Watch is going to flop.

Not only is it not going to flop, but it is going to create an entirely new market, imitated and sought after from every direction. (i.e. change the y, not the x)

I know, because when Exhibit B happened and iPad was announced on January 27, 2010, my life completely changed. I had left my job at Apple about a year prior and had been doing some freelance iPhone app design, so I knew a bit about iOS development. Like many, when the iPad was initially unveiled, I was underwhelmed.

We collectively choose to block out all our scathing predictions about the iPad (funny that’s still possible on the internet), but there were a lot. I’m guilty of it too– at first, I thought it seemed silly, redundant, and not that exciting. I was wrong.

I was so wrong that after realizing the err of my ways, I swung hard the other way and started a company called MAZ, a software platform that publishers use to produce apps for, you guessed it, iPad. (and now also for iPhone, Android devices, Kindle Fire, HTML5, etc.)

I, a normal person who had never built a software company before, teamed up with two other normal people, and we created a company from the ground up that has been used to produce over a thousand live apps, serves millions of end users, and generates millions of dollars.

Think about how many other companies were founded around the same time as a result of the iPad. The entire category of tablet just didn’t exist before that. Now 47% of all adults own one. HALF OF ALL GROWNUPS OWN A TABLET AND LESS THAN FIVE YEARS AGO THAT WASN’T A THING.

Say what you will about tablet growth vs. smartphone growth (or should it be vs. PC growth?), but I am just illustrating the point that a new type of device hit the mass consumer market and created a multi-billion dollar industry in a very short period of time. And that industry is not just about selling tablets (although $27.8 billion in iPad sales last year doesn’t exactly suck); it’s also all the app developers, content creators, service providers, and ultimately the people that use and love this amazing thing that didn’t used to exist.

We had seen it before with the iPhone. And we will see it again with the Apple Watch.

I’ve lived through it. A completely new paradigm like this opens up a world of opportunity for completely new ideas, new products, new companies, new ways of thinking about old problems (and creating new problems that will need solving too!). We simply can’t imagine all the ways the world will change in the next five years as a result of the Apple Watch and the shockwaves it will produce.

All I know is that I’m going to try to ride the wave again. I suggest you do too, because you are going to look pretty dumb pulling your phone out of your pocket to read my “I told you so” tweet. 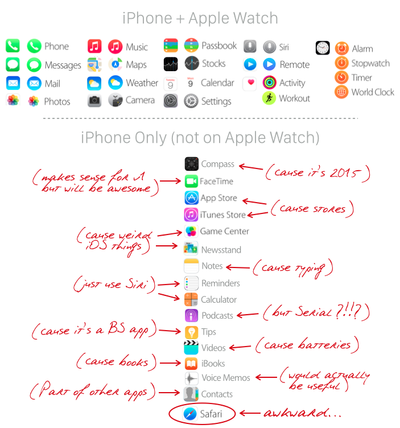