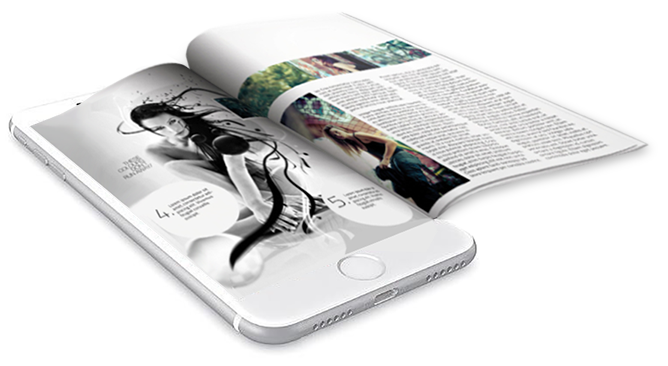 After 7 years of iPad, magazines need to go mobile.

After 7 years of iPad, magazines need to go mobile.

iPad introduced us to mobile reading.

In 2010, Apple released a transformational device: iPad. iPhones had already been around for three years, but at that time even I did not think of my phone as a reading device. An iPad was similar enough in size and shape to a piece of paper to make the cognitive leap that it could actually replace a physical book, magazine, or newspaper.

The success of iPad magazines seemed like an inevitability. All the big tech sites wrote about it, Newsstand apps were featured in Apple’s keynotes, startups sprouted up left and right (ours was one of them!), and there were even new iPad-only publications like The Daily which reportedly cost over $30 million to build–a sure sign of the times.

If you had asked me then, I would have guessed that by 2017 a vast majority of print readers would have switched to digital or at least would be using digital in addition to print.

Turns out, across the hundreds of brands that we work with, the average has been hovering at less than 5%.

Where did we go wrong? Is there still a place for digital magazines? I believe the answer is yes, but only if we redefine what a magazine is rather than trying to emulate print in digital.

Digital is here to stay. And by digital, I mean mobile.

In 2017, digital and mobile are basically synonymous. 1.5 billion smartphones were sold in 2015 alone — 5x the amount of computers sold and 6x the amount of tablets sold. In aggregate and for any given user, phones are the primary device for consuming content. Tablets, computers, wearables, VR, CTV, Amazon Echo, and all the rest are secondary.

That being said, smartphones will eventually be usurped by another medium, but what and when are unknown.

Magazines need to have mobile apps, but an app is not a strategy.

90% of time spent on phones is in native apps (vs. 10% in web browsers). If you want to be relevant on mobile you need to be playing on the app side of that split, which includes not only your own branded app but also apps that you don’t control, like Facebook, etc.

Your app should be part of a larger strategy that includes web, social, aggregators, newsletters — the app is the place where a small concentrated number of your loyal customers will come. The majority of your users will never get there.

If you do it right, those loyalists are the ones most likely to make you money (subscription sales, highly targeted ads and sponsorships, conferences and other services, etc.) In gaming, they call these users “whales”– you should optimize your app for these types of users since others will probably never see your app.

Building an app is hard.

Building a media/news app completely in-house in 2016 is insane. You wouldn’t build a website all the way from scratch–you would build on top of a platform like Wordpress, Drupal, etc. — app development should be approached the same way. There is too much redundancy between your needs and the needs of all media companies to rebuild what others have already done. Utilize platforms that give you a baseline and structure to build off of and you will cut down on time/money/energy dramatically, allowing you to experiment faster and free up resources for more important things like content creation and marketing.

In my UX classes I teach that utility beats high design every time, and in mobile this is especially true. For article content, a flexible, legible template is just as effective as, if not more so than, a custom layout for each article.

Specific branding (logo, fonts, colors) can help maintain some aesthetic differentiation, but the reality is most users wouldn’t notice even if you used generic fonts and colors. As a former magazine designer, that is a tough pill to swallow, but it’s true. Mobile is all about utility, speed, and ease-of-use.

Assuming that you want to grow your overall user base beyond your print readers, the majority of new users will not be willing to pay you directly at all (some not yet, some not ever), so you have to find other creative ways to get paid. Advertising, sponsorships, lead gen, whatever it is — unlike print, not all users will be monetized the same way.

That being said, paid subscriptions is actually an increasingly popular business model for media apps. Magazines are well positioned here! But they need to move away from the traditional “own the next 12 issues” and adopt a more modern “all access” paywall. If you are a paying customer, you get everything. Stop paying, get nothing.

The most successful mobile brands become part of a user’s daily routine, which a hard thing to accomplish if you only release new content every week, month, or quarter. Consider slicing and dicing your issues into smaller, more frequent releases, or syndicating your .com content into your app and to social, and ultimately creating a lot more content than you used to. Using contributor models and/or curating third party content are both great ways to beef up on quantity.

Mobile is not the future, it’s now.

If you are a magazine publisher today, it’s time to seriously reexamine and ultimately reimagine what your brand could mean beyond the concept of a print issue and a corresponding digital issue. If the last 7 years have shown us anything, it’s that a print replica doesn’t stand a chance against digital native content- and I don’t mean some “interactive” version of your magazine, I mean creating an experience that matches (or hopefully exceeds) the expectations of a mobile user. There is no reason that your magazine can’t become digital native. You just need to broaden your concept of what a magazine could be. 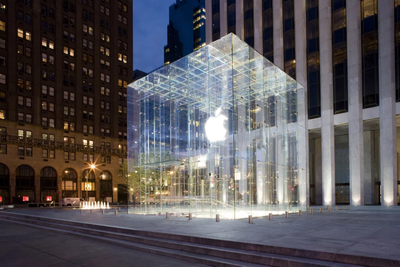 The Real Lives Behind Our Startups