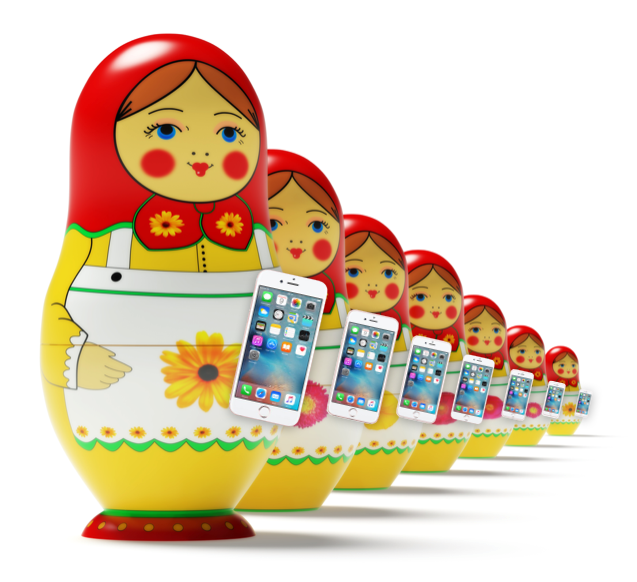 The Inevitable Feed Of Feeds (a.k.a. The Russian Doll Effect)

Every media platform is eventually swallowed by something larger

Every media platform is eventually swallowed by something larger

Any new medium or media platform has two predictable qualities:

I call this the Russian Doll Effect, and I will demonstrate it with some nifty diagrams.

Print was another dominant self-contained platform. Sure seemed stable for those 550 years or so!

But both TV and print became “just content” within an even larger platform: the web.

Over the last few years, it has become more and more evident that web pages, once all-encompassing, are now “just content” within apps.

So of course, the question becomes… what will make apps “just content”?

A bit of history: When Facebook started, there was no News Feed. You had to go profile by profile to see if there was anything new on a friend’s “wall” which was a feed of that friend’s activity.

Then the News Feed was released (along with “a million people against News Feed!” groups) which pulled out the newest* items from each profile’s wall and aggregated them into one meta-wall. A feed of feeds.

*newest-ish because Facebook’s algorithm is not purely chronological

Now we have many apps on our phones that have feeds of feeds (think all social apps, news apps, etc.). We check them one by one, the way we used to do with Facebook profiles.

OS-level notifications are basically the News Feed for your entire phone, taking the newest items from each app and aggregating them into a meta-feed. A feed of feeds of feeds.

Messaging apps like WeChat, Slack, and Facebook Messenger are getting more and more app-like functionality over time.

WeChat already has millions of “official accounts” which allow you to do things like transfer money, play games, and shop. Sounds a lot like apps to me.

Facebook Messenger has the ability to request an Uber and send updates about it to your friends. So the entire functionality of the Uber app is now just a piece of content within Messenger.

Side note: This line of thought gets a little tricky because these messaging services are apps themselves, but that might just be semantics. For instance, Safari is an app, but when we talk about Safari we are really talking about websites. 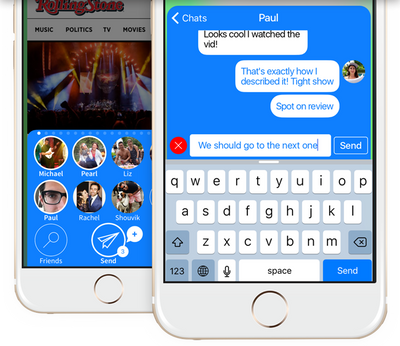